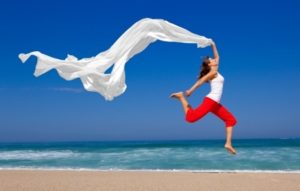 This whole week, okay, I’m lying. This whole summer has been about the process of moving into my new office. If it wasn’t looking for a place, than it was contemplating what I wanted out of a space. Once I had the space, it was about picking out furniture or contemplating materials that were safe enough to bring in the office and how to allow things to off gas safely for a few weeks so that it would be normalized by the time I started seeing patients. My brain is a whirlwind of ideas, worries and to do lists.

Somewhere in the midst of that process I began releasing my control over it. I let the obstacles that arose stunt my process. I let the details and the issues become problems and concerns rather than simple decisions that needed to made. I let go of control and I allowed myself to feel powerless. From the outside that might sound like freedom or me being insanely easy going, but really what it looked like was a whole lot of complaining and blaming and convincing myself I was powerless. I thought that my life hung in the grasp of other people’s whims and I just had to deal with it. But really, my life was still my life.

It is my tendency, I am now noticing, that I let other people suck power away from me. They have no interest in it. They are just going about their life, they are not trying to manipulate me, but I allow them to create hassle and disturbance in my life. Does this sound familiar—this tendency towards self-imposed drama and plot line?

Finally I just decided to take action and do what I wanted to do and I moved into my office as it grew dark Tuesday evening. My amazing husband helped moved me from  my old second floor office to my new third floor office after a full day of work on the hottest day in August. But it all happened and in doing so I lost the opportunity to treat patients in my old space on Wednesday. I actually forced myself to unpack and set up in a half a day in order to guarantee it happened and I was moving forward. I took control.

By Wednesday afternoon I was open for business and feeling the sensation and dare I say “flow” of feeling in control of my own life. It is so easy to blame other people, so easy to use the crutch of other people’s timelines as excuses for lack of motion. Now I see how all the people I was blaming just wanted to accommodate my schedule, they didn’t even know I needed anything from them. The story I was telling in my head, wasn’t real in anyway.

This experience has me listening in on my patient’s stories lately with a more discerning ear. In what ways are they blaming other people or the universe for their inaction? In what way are you allowing the universe to have control? Or worse other people who are not interested in that control at all!

Realizing just how much control we each have over our own life is an important step towards personal freedom. The next time you are feeling powerless and ruled by a circumstance or decision yet to be made, sit down and list out all the options (good or bad) you actually have in the circumstance. Probably lots of those options seem unattractive so you would have normally ruled them out or not even considered them. But not allowing them to exist as possibilities helps create the appearance of hopelessness and powerlessness. Starting to see the power we each have in saying no to certain options, might empower the decision maker. Getting rid of any nasty “shoulds” laying around your decisions is the next challenging step. I wish you a day of choices and empowered decision making. It is yours for the asking.