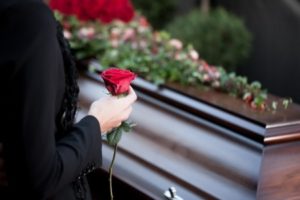 This spring and summer I feel very touched by death. It has been quite a long time since I felt so immersed in a continuous grieving process. When I was in school I lost several intimates and acquaintances in a few short years all from traumatic deaths, overdoses and suicides. This season of grieving is stirring up those old emotions and allowing them to be revisited. In early August we buried my husband’s grandfather at 94. His dying season started in early May and cast a shadow over our summer.

It is interesting to me that for several years, death stepped back from my life and allowed me to breath. The slew of celebrity, local and family deaths washed in and out without creating that familiar ache. Some of you may recognize this in your own lives, how we do take breaks from intense experiences with death and then it rolls in again.

This week with the recent deaths of Robin Williams and now B.K.S. Iyengar I am more powerfully feeling the blow. My little heart now feels at capacity and I feel a pause is necessary to grieve and process.

Ten years ago when I was dodging deaths at every turn I strongly experienced the need for accountability and community. A rash of suicides in my early twenties colored my view on depression, heartache and chronic illness. To this day I sleep with our phones turned on and next to the bed in case anyone we know is desperate and might need us during the darkest hours of the night. That is what living through so many suicides did to me. It made that point of desperation seem frighteningly close and real.

I used to wonder about the moments of connection people had with loved ones and random strangers in the days and hours leading up to their suicide. If any of those moments had been more profound, more insightful would they have asked for help? But I’ve lived long enough and lost enough people to suicide to know the difference between the determined and the desperate.

As someone who has battled very serious depression I am extremely triggered by suicide. It touches me personally because I am fearful I won’t be able to reach out and find someone at my greatest moments of need. Maybe everyone who has hit the darkest places glimpses this fear or recognizes it in others. Or maybe those of us who are always hoping to be saved have a different type of depression altogether.

This summer I listened to my husband’s aunts and uncles discuss the conversations they were having with their father about allowing the process of death. So often it is the grieving that pull at the dying and keep them alive. In this case it very much felt like he was staying alive because he was a sharp, stubborn, determined man who didn’t feel ready. His health from the middle of May plummeted and then soared, plummeted and then soared. He would fluctuate between days of morphine and dinners in his formal dining room. Most people couldn’t do that. Most people don’t stop eating for days upon end to return full force for local ice cream and beef stews. His determination to live did not feel full of fear, but more a sturdy Midwestern mindset of continuing the usual. He still wanted to listen to opera and read about the Roman Empire and finish every bite of his meal.

We, the living, must make sense and derive as much possible understanding of life from both. We must understand that time is both fleeting and vast. In a life of 90 years there is time for entire decades to be lost to confusion and struggle. There is time for hobbies later in life after ten years of retirement. There is time to juggle family, profession and romance by giving them each time when it is easy. In my thirties it is refreshing to know that I don’t need to buy a house, make my business boom and pop out six children all in one year. There is time ahead.

However life is fleeting, in much the same way that I want to be patient I also look back at the last ten years and I am so frustrated that I have not accumulated any savings. Was it really worth traveling all over the world, quitting every job I didn’t like and eating such expensive food? Then I think of Christmas day in Mexico City looking out on the Mujer Dormida volcano, Nuit Blanche in Paris, our honeymoon in Jamaica, swimming between the Pitons in St. Lucia and seeing the northern lights from Scotland and it is hard to regret anything. It is hard to regret the two years of depression when I sat on the couch every day and accomplished nothing but writing an entire collection of poems about the depths of depression. Even our quiet moments are sometimes the points of clarity and latent power.

I wish I could impart some perfect advice for the upheaval I’m experiencing right now and that others may have experienced in the past, but mostly I want to share my mindset. I’m practicing listening even more than usual right now. I’m listening to the stories of the dying and the stories of the grieving. I’m considering relationships and why we need them and what it means when people don’t have them. Why it is people let relationships fade out and why we fear putting them back together.

Death is not just about life ending. It is also there at the end of a job, the end of a season, the end of a relationship and so many more endings and pauses and losses we experience as humans. It does not benefit us to march smoothly on to the next experience without pausing to embody the end. Where there is grieving, there is also a productive healing process. Stay present with your grief, let it inform you of the lessons it has to offer you at this moment and then when the weight of it feels light and easy, let it begin to wander.

1 thought on “What We Learn From Death”