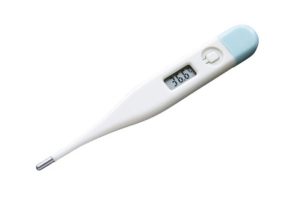 For those of you just joining us, I am in the midst of demystifying the Fertility Awareness Method. This method which can be used for pregnancy achievement, birth control or better understanding of the body is an amazing tool to best understand a woman’s health. In my practice lately I am encouraging several of my patients to chart to help understand very complex menstrual issues. We are learning a ton about their bodies in the process. FAM is best addressed in the amazing book by Toni Weschler Taking Charge of Your Fertility, 10th Anniversary Edition: The Definitive Guide to Natural Birth Control, Pregnancy Achievement, and Reproductive Health

As I stated last week this method is not the Rhythm Method (or the Calendar Method) which would simply count the days of a woman’s cycle. The Rhythm Method suggests that if a woman has a 28 day cycle than she ovulates on day 14. Therefore to increase chances of conception or birth control a couple could plan intercourse (or insemination) around or not around day 14. The problem lies in the assumption that a woman would do anything routinely. A woman could ovulate on day 23 and bleed five days later. A woman could ovulate on day 10 and bleed 18 days later. This is why the Rhythm Method has a reputation of being unreliable and unscientific. Fertility Awareness Method utilizes several data points so there is no question when a woman ovulates.

The first data point and the one easiest to master is Basal Body Temperature. This is the temperature to the tenth of a degree at first waking in the morning. It is a temperature after a minimum of four hours of undisturbed sleep and before significant movement. The thermometer is left on the bedside table and popped into the mouth every morning before the woman is even fully out of her dream state. It becomes routine and requires very little effort.

The goal is consistency. If the woman wakes at 4am every morning to leave for work and then sleeps in on the weekends until noon, the temperatures upon waking are not consistent. It would be best instead on days off to wake at 4am take the temperature and then go back to sleep. The difference of an hour might not be enough to register a difference, but every woman’s rhythm and sensitivities need to be learned through the process.

If waking in the morning is too complicated the temperature can be taken at another point during the day as long as it is done systematically and consistently. Given the changes of day to day life this other method does increase the risk of incorrect information.

In order to get started you will need a digital thermometer that reads up to the tenth of a degree and it is best to practice taking your temperature a few times so you understand how to turn the thing on before you are doing it in half slumber. If this is for birth control or for pregnancy achievement it can be nice to include the partner in this process. Some partners might enjoy the responsibility of getting the thermometer, telling the woman to open her mouth, removing thermometer and recording the data. It is a way of being included in a very female-oriented process. These are all areas to be negotiated.

Diagnosis in Each Week

One first has to know where temperatures should be for optimal health and then know where their temperatures are routinely over several months time. Travel, stress, changes in exercise and drastic changes in the weather will all affect a woman’s basal body temperature. Once a woman really knows her patterns she can begin to notice changes to her health in relation to the day’s temperature. Headaches may occur when the body is too hot, back pain may occur with the body is too cold, and so on and so forth. Then the mystery is gone, a woman feels in control and can make lifestyle changes to improve overall health.