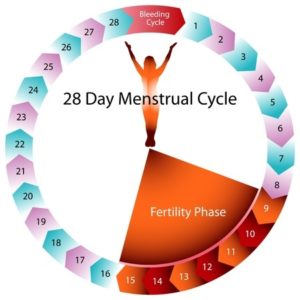 Lately, I am doing really well with periods. I’m a period specialist, but sometimes there are spurts of time when all the sudden something shifts and I have a break through in several patient cases all at once. It is fabulous. In the last few months I’ve worked with a patient to bring back a period after several years of departure, then I slowed midcycle spotting and eased out a longer cycle in another patient and I think another patient is close to ovulation after a few years of pause. It is just an exciting time at Window of Heaven Acupuncture & Yoga. Is there a through line to all these successes? Why yes there is. We are charting in some form in each case.

In the fertility world it is all about charting. Every woman TTC (trying to conceive) can spout out their last five mornings of basal body temperature off the top of her head. But tons of menstruating women, those not interested in pregnancy, are missing out on all the fun.

The method is actually called Fertility Awareness Method, not to be confused with the Rhythm Method (or the Calendar Method). Fertility Awareness Method (FAM) utilizes a significant amount of data to allow a woman (or couple) to be definite about her stage within her monthly cycle. This knowledge could increase a couple chances of conceiving (pregnancy achievement), prevent a couple’s chances of conceiving (birth control), or empower a woman with concrete information about her mysterious menstrual cycle.

So what is there to know in the first place?

For women with healthy cycles the idea that there is anything else to know other than when the bleeding will start may sound absurd. But there is lots of information that our body reveals in each stage of the process. I’ll give you the info from a Chinese Medicine perspective.

Week One: Day One is considered the first day of bleeding. In most cycles the bleeding will last about five days. This first week almost exclusively deals with the bleeding and clearing process. Some women notice significant boosts in energy, others are wrecked by their period. The first week of the cycle is all about the blood. How much there is in the body determines the quality of the first few days of the cycle. Someone without a lot of blood will feel exhausted and depleted. Someone with blood that is a little stuck will feel the blood move and be energized. Knowing these characteristics helps with the overall diagnosis of all other ailments of the body.

Week Two: This week is all about the yin, or fluids of the body. The body builds and nourishes the fluids of the body during this period. Symptoms that occur within these 7 days are suggestive of fluid deficiency.

Week Three: The transition from week two to week three (or from the follicular phase into the luteal phase) depends upon ovulation. This may happen around day 14 or it may happen whenever it feels like it. This is the small miracle every month of the yin turning into the yang, the fluid becoming energetic. This transition depends upon the qi of the body and if the qi is stuck and not smoothly flowing due to stress or worry, it just won’t happen. Or if the woman doesn’t have enough qi or yang in the body it won’t happen. The body will wait patiently for that amount of yang energy to produce ovulation. The symptoms right around ovulation are as telling as PMS symptoms or symptoms during the bleeding. But most women don’t know exactly when they ovulate so they don’t know if their problems are pertaining to the fluids or the yang. A big difference in how an acupuncturist or herbalist would treat the body. Without that information it would be possible to not make headway with treatment for a long time.

Week Four: Finally we come to the week of qi. The body is busy working to become pregnant or to clear out what it doesn’t need. The process takes a lot of qi and requires again that the qi moves smoothly. A little bit of irritability, laziness, or volatile emotions are all suggestions of the qi being too weak or too stuck. This is one of the easiest things to treat because it is close to the end of the cycle. This is a hard thing to mess up. But nonetheless it is helpful for women to document how long does the true PMS last. This is a good tell of how weak the qi is.

Today’s post is the beginning of a break down of what one can learn from the cycle. For the next three weeks I’m going to look at the three pillars of charting and what the data reveals and how we can treat it. I’m excited.  I hope you are too.

In the meantime check out my new website and take my free quiz: What is Your Period’s Personality? This series and the quiz will help point you in the direction of dietary changes, lifestyle and exercise changes and maybe whether seeing an acupuncturist would be best. Enjoy!